Study shows differences in effects of ‘real’ and ‘sham’ acupuncture

The practice of acupuncture predates current understanding of physiology by several millennia, and modern studies have found it often provides measureable improvements in health outcomes, particularly in the area of chronic pain. Now, in a study reported in the journal Brain, a team of investigators based at the Athinoula A. Martinos Center for Biomedical Imaging at Massachusetts General Hospital (MGH) sheds new light on the question of how.

“Acupuncture is a medical therapy that originated in China several thousand years ago,” said Vitaly Napadow, director of the Center for Integrative Pain Neuroimaging at the Martinos Center and senior author of the Brain paper. “But despite its long history, the intervention itself — particularly when coupled with electrical stimulation — has significant similarities to many conventional therapies, such as transcutaneous electrical nerve stimulation (TENS). A large body of clinical research exploring acupuncture for chronic pain disorders has demonstrated that it may be marginally better than a placebo procedure in reducing pain ratings. But questions still remain: How exactly does acupuncture work? Is it any better at improving objective outcomes for chronic pain?”

To get to the root of these questions, Napadow and colleagues performed a sham controlled acupuncture neuroimaging study of carpal tunnel syndrome (CTS), a neuropathic pain disorder. Few chronic pain disorders have established biomarkers or measureable treatment outcomes. However, in CTS, measurements taken at the wrist of the speed at which signals are transmitted along the median nerve are a well-known and accepted biomarker. In addition, studies by Napadow and others have shown that the brain — particularly the primary somatosensory cortex, which receives signals related to the sense of touch — is remapped in CTS. Specifically, brain cells that usually respond to touch signals from specific fingers start to respond to signals from multiple fingers, which provides another measureable outcome.

Even after years of clinical research, controversy continues as to whether acupuncture works primarily by the placebo effect, especially given the slight differences between the efficacy of real and sham acupuncture. The findings of the Brain study help address this question. Sham acupuncture may produce a stronger placebo effect than a pill because it sends inputs to the brain via skin receptors and is coupled with a specific ritual. But the symptom improvement produced by sham treatment for conditions like CTS also might derive from entirely different mechanisms than those elicited by real acupuncture, the mechanisms of which may more specifically target CTS pathophysiology.

“Sham acupuncture may ‘work’ by modulating known placebo circuitry in the brain,” said Napadow, who is an associate professor in radiology at Harvard Medical School. “In contrast, real acupuncture may improve CTS symptoms by rewiring the primary somatosensory cortex, in addition to modulating local blood flow to the peripheral nerve in the wrist. In other words, both peripheral and central neurophysiological changes in CTS may be halted or even reversed by electro-acupuncture interventions that provide more prolonged and regulated input to the brain — something that future, longer-term neuroimaging studies should explore.”

Napadow and colleagues plan to follow up the Brain study with further research linking objective/physiological and subjective/psychological outcomes for acupuncture-produced pain relief. Better understanding of how acupuncture works to relieve pain ultimately will enable them and others to optimize the therapy to provide effective, non-pharmacological care for chronic pain patients. 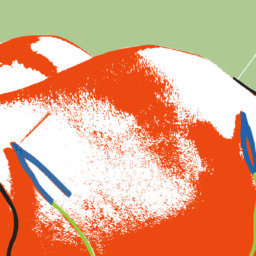 Electronic stimulation (e-stim), has shown to increase the efficacy of acupuncture treatment for knee pain. The following randomized control study…

04 Oct 2018
We use cookies to ensure that we give you the best experience on our website. If you continue to use this site we will assume that you are Ok with this.OkPrivacy policy