How to Predict Knee Injuries (and Prevent Them)

By Thomas Michaud, DC
In any given year, nearly one in 25 athletes will tear their anterior cruciate ligament. More commonly, one in 10 recreational athletes develop patellofemoral pain annually, and once diagnosed, more than 90 percent will continue to suffer with chronic knee pain years later. To make matters worse, individuals with ACL tears and/or patellofemoral pain are significantly more likely to develop arthritis later in life.

Fortunately, new research shows it is possible to identify at-risk athletes with a simple muscle test using a hand-held dynamometer. Because anterior cruciate ligaments are associated with excessive hip internal rotation and valgus collapse of the knee during stance phase (see Figure 1), researchers from Iran theorized that athletes prone to tearing their anterior cruciate ligaments would present with weak hip abductors and rotators, and would therefore be less likely to muscularly control their lower extremities while participating in sport.

Weakness of the hip external rotators often results in a valgus collapse of the knee that stresses the anterior cruciate ligament (inset). To test their theory, these researchers followed 531 competitive athletes (138 females and 363 males) participating in various sports for one season after measuring hip strength with a hand-held dynamometer. The specific muscle tests are illustrated in Figure 2. Athletes were classified as “strong” if they could generate more than 20 percent and 35 percent of their body weight in their hip rotators and abductors, respectively. 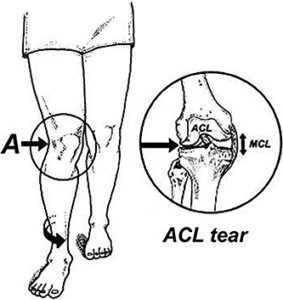 Conversely, athletes were classified as “weak” if they failed to meet these minimum hip strength requirements.

Using the strength measurements based on body weight, the researchers discovered that at the end of the season, fewer than 1 percent of the strong athletes had suffered ACL injury, while 7 percent of athletes with weak hips tore their ACLs. Having a weak piriformis muscle was especially correlated with increased rates of ACL tears. This is consistent with prior research confirming that isolated piriformis weakness strongly correlates with the development of a wide range of lower extremity injuries,5 including patellofemoral pain syndrome (see Figure 3).

Piriformis strength is tested by strapping an ankle cuff (attached to the dynamometer) just above the medial malleolus. The patient pulls inwardly (A) while the examiner maintains the ankle in its starting position. To test gluteus medius, the strap is positioned 10 cm above the knee joint line and the patient abducts (B) against firm resistance provided by the examiner. The patient should be able to generate 20 percent of body weight during the piriformis test and 35 percent of body weight during the gluteus medius test.

Knowing in advance which athletes are prone to ACL and/or retropatellar injuries is incredibly important because there are proven exercise interventions that markedly reduce injury rates. For example, Gilchrist, et al.,6 was able to reduce ACL injuries by 70 percent in 1,435 Division I college female athletes by having them perform a series of simple agility drills. 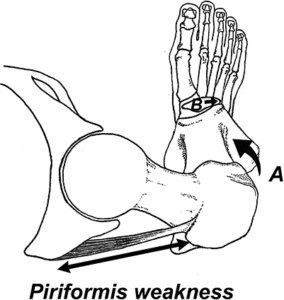 If the piriformis muscle is weak, the lower extremity is allowed to internally rotate excessively during stance phase (A), forcing the lateral patellar facet to compress into the femoral condyle (B). More recently, Baldon, et al.,7 had women with chronic retropatellar pain perform specific functional exercises to strengthen their hips and knees. Not only did these exercises reduce pain and improve function; they also reduced valgus collapse of the knee while exercising. Interestingly, these authors compared the functional exercises with conventional physical therapy exercises targeting the hips and knees (such as leg presses, seated knee extensions and straight-leg raises), and only the functional movement patterns improved three-dimensional movement patterns.

Considering the long-term physical and emotional consequences associated with ACL and/or patellofemoral injuries, every athlete should be tested preseason to quantify hip strength ratios. Weak athletes should be encouraged to perform specific training protocols to reduce their potential for injury. Measuring hip rotator / abductor strength with a hand-held dynamometer is easy and reliable, and subsequent testing during re-examination can help evaluate response to a specific exercise intervention.

Author’s Note: A video of exercises that specifically target the piriformis and gluteus medius is available at www.humanlocomotion.org 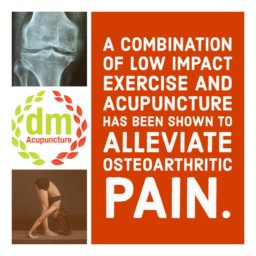 18 Dec 2018
We use cookies to ensure that we give you the best experience on our website. If you continue to use this site we will assume that you are Ok with this.OkPrivacy policy